Sala Preconsiliare of the municipality

The town hall of Ravenna is located right in front of the main square, Piazza del Popolo. It is believed that it’s origin dates back to the 13th century, when the city council began to meet here, inside a building that no longer exists. 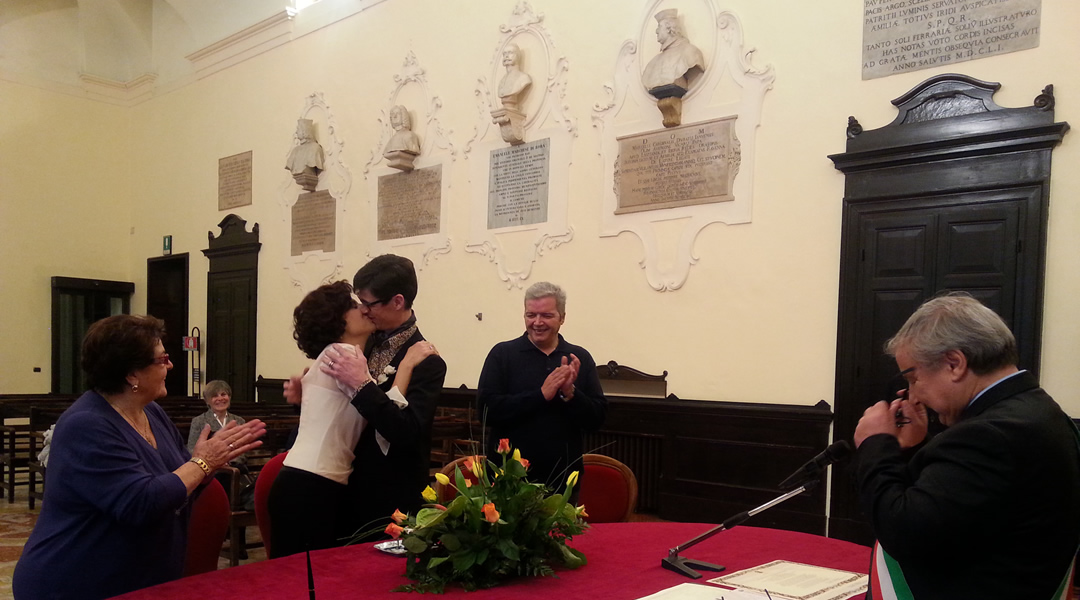 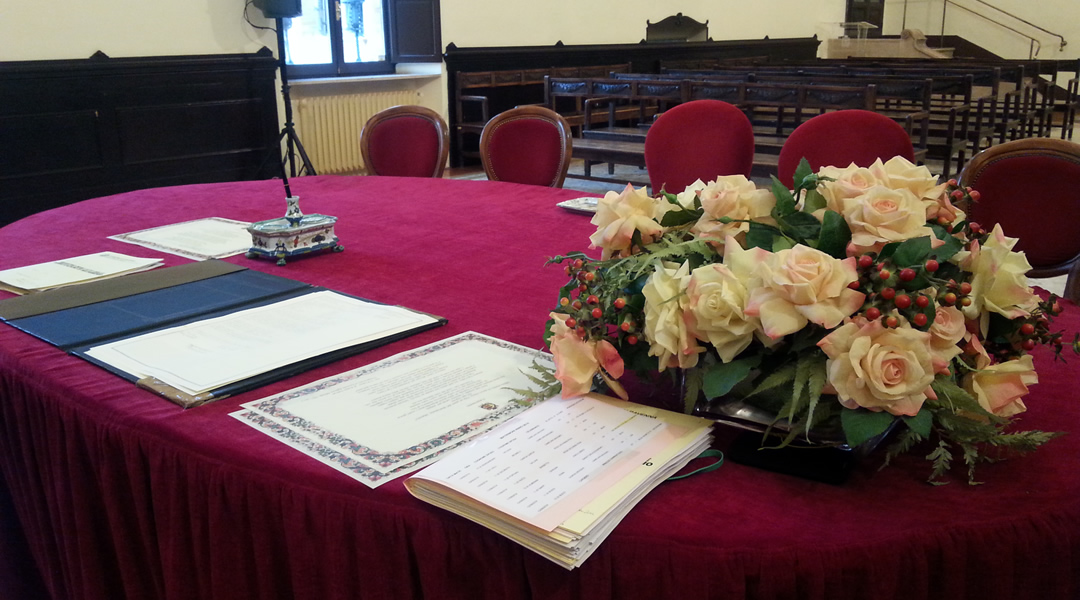 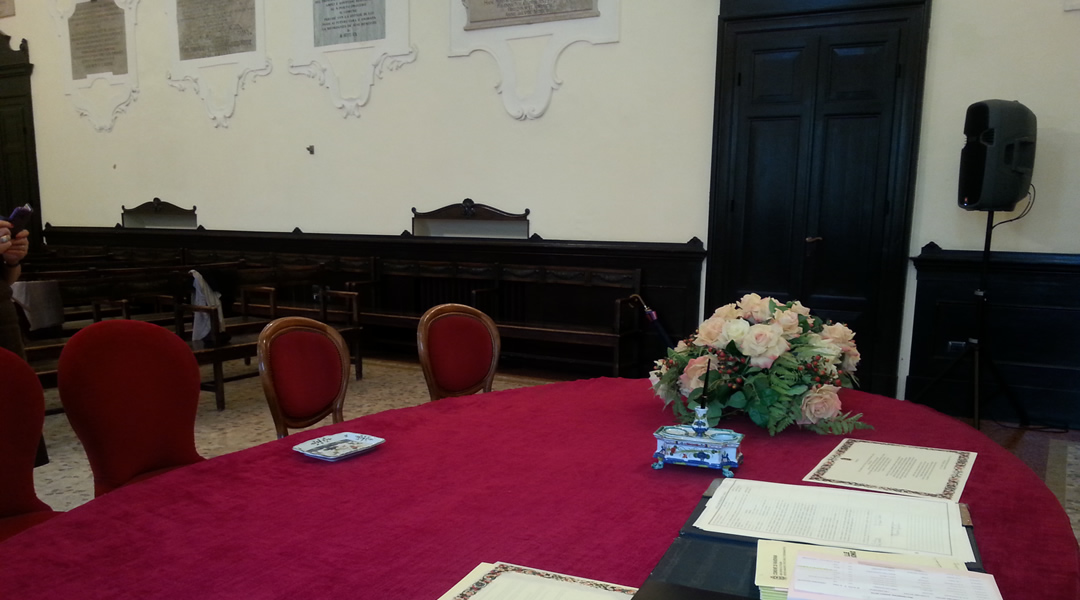 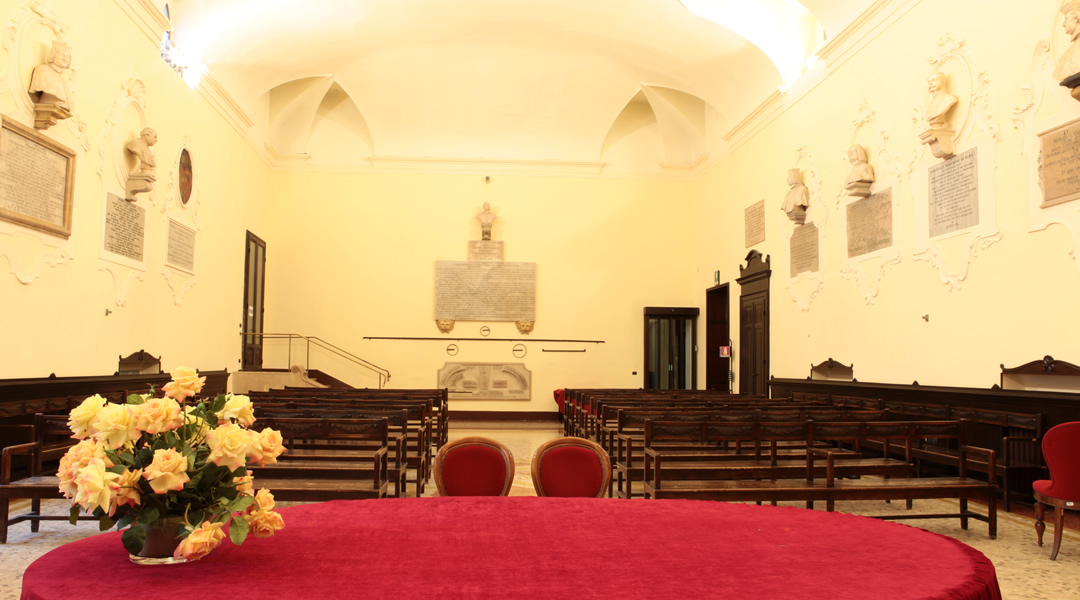 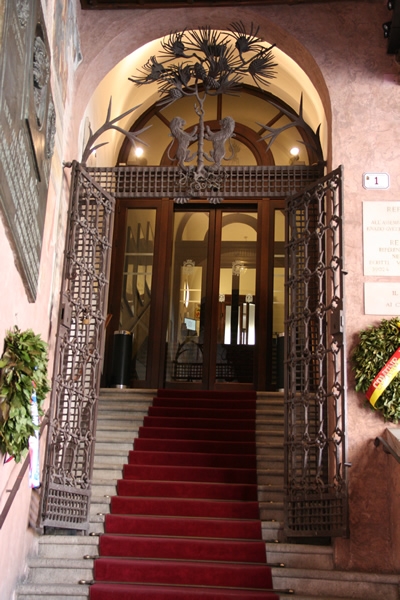 Nowadays, the historical complex is made up of two angular and contiguous buildings, connected by a vault (called Cavalcavia): the ancient Palazzetto Veneziano, on the north of the square, and the town hall, also called Palazzo Merlato, on the west side.

The first one was built by Venetians as headquarter of their governors, once they conquered the city, while the second one was erected between 17th and 18th century in the place where the river Padenna once flowed.

During the centuries, thanks to some urban interventions in Piazza del Popolo, this two buildings have been restored several times, modifying their interior structure. Under them, there is a portico supported by eight granite columns with capitals typical of the Theodorician age (492-526 AD).